This post is about my experience discussing communism and pollution with my Chinese university students after showing “Under The Dome,” a Chinese documentary about pollution by journalist Chai Jing, in my classroom.

This was a bad week for people in China who like journalism.

This was the week when a cruise ship sank on the Yangtze River and killed 440 people with no explanation, but Chinese media were forced to change the headlines to “18 People Rescued From Cruise Ship.”

Of course, this week was also the anniversary of the Tiananmen Square Massacre. (Or, as I’ve been thinking of it, while reading over lists of hundreds of words that will prompt Chinese censors to delete a social media post, Censorship Awareness Day.)

Last year, two days before the 25th anniversary of the massacre, China commemorated the event by blocking Google. This year it didn’t have to, because all Google services are still blocked here in mainland China. So are YouTube, Facebook, Twitter, WordPress, this blog about life in China, and a good deal of the outside world’s journalism. (The New York Times and BBC are blocked, but a lot of sites featuring snippets of their content, such as The Daily Beast and The Week, are still accessible. This is why all expats and many locals here use a VPN.)

This week, in the college English classes I teach, I gave a lecture about Western taboos.

In my class with the most open-minded students, I segued from offending a conversation partner to offending the government. On Thursday, June 4, I asked my students what had happened on that date in China in 1989. At first none of them seemed to have any idea. Then one student said he knew. His father had been on his way to the protests in Beijing, but had been called back to work – a call that, as he told the class, maybe saved his father’s life.

Many students were still confused and one asked me outright if I knew the story of the massacre.

So I gently outlined the events: Students demanding democratic reforms and an end to corruption. Tank Man. A death civilian toll estimated in the thousands.

They asked if all foreigners knew about this. Yes, I told them yes, and it’s in school textbooks in the U.S. This detail shocked them more than any other. The hardest part was seeing them look defeated and, most strikingly, embarrassed by not knowing their country’s history.

That was one of the days when I felt like my job was actually important. I was actually doing something for these students that no one else had, instead of just correcting the same grammar mistakes week after week.

Teaching “Under the Dome“

Another time like that, and one of my favorite weeks teaching here, was when I showed a clip from a documentary called Under The Dome and led a discussion – with the classroom doors closed – about pollution, corruption, and censorship.

Under the Dome is a film by independent Chinese journalist Chai Jing. Back when people were talking about it, it was likened to a Chinese version of An Inconvenient Truth – unprecedented, controversial, and game-changing.

The film was released for free online on February 28 – including on the website of the communist party’s newspaper. It was praised by China’s environmental minister. Then it was banned by the party one week later, after about 200 million views in China.

Very few of those viewers were my students in the huge, but rather provincial city of Jinan. In most of my classes, two or three students had heard of the film. And maybe only one had watched a portion of it. I showed the first few minutes of it. When I turned the lights back on, half of my students had tears in their eyes in each of my six classes. Here’s what they saw:

My students’ reactions really surprised me, even though they were logical.

We live in the seventh smoggiest city in all of China. And a lot of students, at least here in the relative sticks, aren’t entirely aware that their government censors the Internet.

But some of their comments in our discussions floored me. First among them was the student who reminded me why I had chosen to show the film in the first place: “Ignoring the problem is the biggest problem.”

Here are some other comments from my students while discussing Under the Dome:

“I think she’s the only journalist to tell the truth,” one student said of Chai Jing, the reporter who made the film.

“Everyone in China is ‘under the dome,’” said another student. “That’s a Chinese fact.”

“We ordinary people want to change,” another commented, “but we don’t have the power.”

One of the maxims that stuck in my head from journalism school is “sunshine is the best disinfectant.”

The rise and fall of Under The Dome is just one more anecdote on how little sunshine breaks through here, in the literal or figurative sense.

Still, one of my friends told me Under The Dome had been playing on loop at his gym weeks after it was banned by the communist party’s censors. A few students reported they could still find the documentary online, even without a VPN. A couple even enthusiastically asked if I could give them a copy of the entire film.

Their interest and perceptiveness impressed me. Mostly because, in my year two semesters of teaching university English here in China, I’ve realized college students here seem much less worldly than in the West.

And that is certainly by design. China’s education minister recently said this:

“We must, by no means, allow into our classrooms material that propagates Western values.”

I can’t fault the Chinese for wanting self-determination; after all, the U.S. wouldn’t encourage material that propagates supposedly communist Chinese values in schools. But we would never hear a high-level official being so blunt, and frankly so honest, about it without serious backlash. The problem is, this isn’t just about individual or national self-determination; it’s about citizens not seeing any other views besides the one handed down from the elite group that is the Chinese Communist Party.

The Scary Side of Censorship

Since January, the government has been cracking down on VPNs (a kind of software for accessing blocked websites, as I explain in this post, as if the user were outside of China). They’ve also increased censorship in general since last year’s Tiananmen anniversary. (Many commercial VPNs don’t work as well as they used to, but many underground programs are still running well.)

For me, this has been one of the most frustrating things about living in China. Not just because it’s inconvenient to have to use slow, unreliable VPNs to get to the real Internet – although that is a factor that gets exhausting. But also because not having the freedoms of expression or information is philosophically terrifying.

And it’s occasionally terrifying in a less philosophical, more literal sense, such as when I read about Chinese journalists asking good questions and then disappearing. Or perhaps instead of disappearing, being “invited” for “tea” with the “police.”

Knowing such power is out there, that it’s real and it’s the current regime of the country where I live (for reasons that sometimes escape me), is scary. It’s infuriating and sometimes humbling, but I still can’t bring myself to shut up about it.

Right now, it seems nothing is too petty for the censors here to block. But I’m convinced they won’t be able to keep it up for very long.

Based on what I see every time I leave my apartment, roughly everyone in China is online 100% of the time. As more people discover how easy it is (even after the crack-down) to download a VPN and make a Facebook account or watch American TV shows on YouTube, the government’s façade of “Internet sovereignty,” (the term they use to justify censorship) will crack.

It’s unimaginable to me that such devout Internet lovers as the Chinese of my generation would continue to accept the imitation Internet they’re being fed. The only questions are how long it will be before Beijing admits it can’t control information in the Information Age, and how much drama we will all have to endure before that happens.

I published this blog post just a few weeks before finishing my teaching job and leaving China. (I should have waited to publish it after leaving the country; I’m not sure why I didn’t.)

A few days later, I got a call from a university leader about some random administrative topic. I couldn’t quite figure out why she was calling me about it, until the subject changed. She told me, “I have this article, about ‘Teaching Under the Dome,’ printed out…” My blood went a little cold. I forgot some of the details of what she said, as I was waiting for the hammer to drop. But I remember this: “You cannot write this kind of thing, Ketti. You have your rights, but not in China.”

Start your Booking reservations with the form below & support Tilted Map at the same time – at no extra cost to you! THANK YOU for your support!

Learning just a little bit of the language can make your time in a country so much more engaging! Before you take off, learn Italian (or any language) free for 7 days with Pimsleur, a Tilted Map partner. 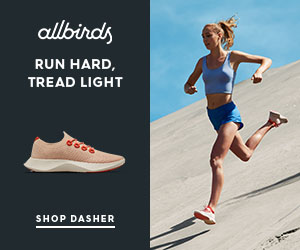 We’re moving, and these are just a few of the mo

No wait, maybe these are my favorite springtime de

New blog post! 🎉 It’s a review of my new favo

Some of my absolute favorite spring desert shots.

The original reason why I try to spend so much tim

HOW TO SUPPORT THIS BLOG? ❤️

If you find this blog useful and want to show your support, following my Instagram + Facebook pages and sharing Tilted Map blog posts on your social media or by email are HUGE helps. You can also buy me a coffee here!