In this post you’ll find lots of landscape photos from longterm van travel in New Zealand, and my personal experience of New Zealand culture and lifestyle, tips for choosing whether to rent or buy a van, and the reality of living in one. After two months wandering around New Zealand in a van, I think […]

After living in China as an expat for more than a year, in two different cities (Jinan and Suzhou), these are the reasons I’m leaving. This fall, the second Chinese city I’ve called home was Suzhou – Portland, Oregon’s sister city. Suzhou is an ancient, once beautiful city. Even though they’re sisters, the only thing […]

Living in China as an expat, I got a surprising education from my college students about Singles’ Day, which is sort of like China’s version of Black Friday. On November 10th last year, I began an English class at the Chinese university where I was teaching with an American culture lesson. “Who knows which American […]

This was my experience traveling on crutches: two months, 10 countries, one new set of arm muscles, and many lessons learned. I did something this summer I never thought I would do – and that I had never really thought about anyone doing. I traveled through 10 countries on crutches, with a broken leg and […]

What follows is my experience discussing communism and pollution with my Chinese university students after showing “Under The Dome,” a Chinese documentary about pollution by journalist Chai Jing, in my classroom. This was a bad week for people in China who like journalism. This was the week when a cruise ship sank on the Yangtze […]

This was what I would call a travel mishap that turned into an adventure: On a boat, in Cambodia, by myself. It could have been much worse! 1:20 p.m. My tuk-tuk driver leaves me where he probably thinks I want to go: in front of a quiet guest house occupying a few yards of land […]

A couple of weeks ago, I started class with my Chinese college freshmen students by talking about western families, and one student wanted to know if I had any siblings. I said yes, I have one. Siblings aren’t as rare here as I had expected before I moved to China (despite 34 years of China’s […]

I had no idea how different student life was between China and the US – until, at age 24, I got a job as an expat teaching English at a China university. My first three months teaching English here have been quite a learning experience – about myself, about Chinese culture and about what college […]

The smell of this nutty brown ale, lovingly shuttled home from a weekend trip to Beijing, is achingly familiar. I’m swirl the bottle, letting the aroma fill my nose, with a sip already around rolling in my mouth. I mean that sincerely – achingly. I think some homesickness is setting in, and this almost hurts. […]

My first month after moving to China was not a blissful honeymoon. It was a month of confusion, nerves, and stress – the good kind and the bad – peppered with lots of fun. (Like the mouth-numbing peppercorns in nearly every dish here – surprising, not entirely comfortable, but intriguing.) The amount of work that […]

One of my best and favorite phrases I’ve learned in Mandarin – and definitely the only one I use in every single conversation, even though it takes my pride down a notch – is this: “Tīng bù dǒng.” “I don’t understand.” Before I expat-ed myself to China, learning such a phrase seemed like a waste […]

I’m working on many things. One of them is moving to China. Another is this site. 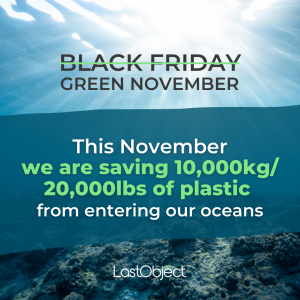 Who knew how many layers go into a van?! Some peop